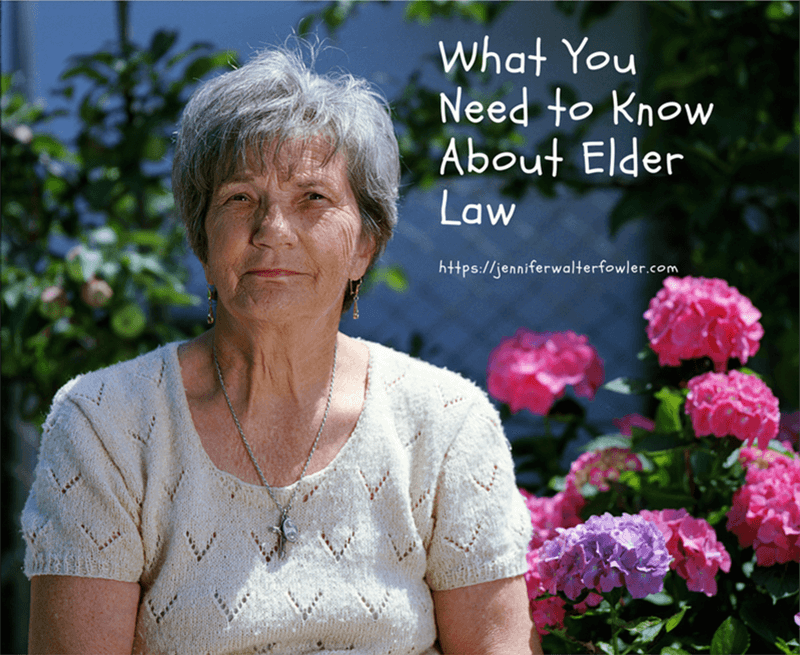 The elderly are some of the most vulnerable people in society today. They often have diminished mental and physical capacity, a wide array of health problems, and other such concerns. Many elderly individuals have money and valuables in their possession, which makes them vulnerable to financial exploitation.

Because their bodies are infirm and fragile, they can be subject to physical exploitation and abuse, especially from people who are hired to care for them. At Jennifer Walter Fowler, we understand just how vulnerable this population is and are committed to protecting their interests through elder law.

What is Elder Law?

Elder law is a legal practice that deals with the elderly and aging population. It deals with all of their legal concerns, rights, and protections. The goal of this practice is to ensure the elderly retain their financial and personal freedom, are treated with dignity and respect during the twilight years of their life, and can make sound decisions for their long-term care and end-of-life.

This practice actually includes a number of different legal fields. Experienced attorneys specialize in matters that are most likely to concern the elderly. They are also aware of laws and benefits created specifically for people over a certain age and will offer advice on them.

Why is hiring an elder law attorney necessary?

Many people believe that they can handle their affairs, especially on matters like medical power of attorneys, Wills, medical directives, etc, without professional advice and that can prove to be an expensive mistake. State laws have very specific requirements and rules regarding elder law and if you don’t follow these rules, you can face legal and financial problems down the line. An elder law attorney is familiar with these rules and requirements so they’ll make sure all arrangements you make are valid.

How can an elder law attorney help?

If you have any questions and want advice regarding elder law, don’t hesitate to contact us at Jennifer W. Fowler.